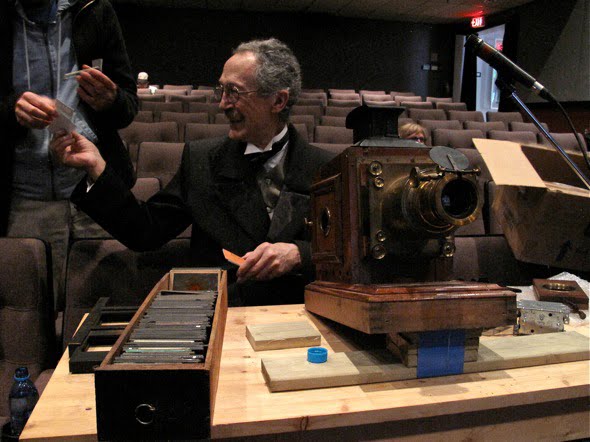 Michael Lawlor left us October 6 2011. It was sudden and we miss his creative spirit, his love and enthusiasm, but we now want to celebrate his life and his art.

His work was available to see and purchase in the 'Big Green House' for many years with his photographs, paintings and Magic Lantern shows and his always amazing imagination and dedication to being an artist in the community.

the “Michael Lawlor Memorial Fund –in support of Studio 101”

we encourage you to contribute to this memorial fund, a program managed by the Eastside Culture Crawls Society. It takes school children from the Strathcona schools to visit different artists who receive a small honorarium. The students either make a small work or see a demonstration of their art practice and the school then purchases one piece of art for the school's permanent collection.
Michael participated in the crawl for many years and always encouraged younger artists to live their dream.

Cheques should be made payable to Eastside Culture Crawl Society indicating that it is for the Michael Lawlor Memorial Fund in support of Studio 101;

Michael's work can be seen:

Michael Lawlor's Studio will be open for the Crawl at the 'Big Green House' and we will try to show you a few short Magic Lantern moments in his memory. For details on this years 'crawl'

He put all his energy and enthusiasm into his art and his Magic Lanterns and and collected+printed a series of farming slides at the Surrey Museum - Stewart Farm, in September as part of his exhibition there + gave his final Magic lantern slide show.

Documentation of a Magic lantern show presentation with John Atkin at DOXA 2011.

Lalwor's "Prints from CPR Magic Lantern Slides: 1885-1930" have been touring across Canada for the past four years, after opening at the SFU Art Gallery, June 28, 2007. Its final show was at The Burnaby Village Museum, till September 2011

here a some photos about Michael 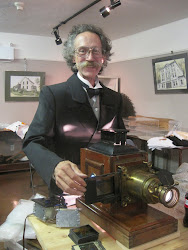 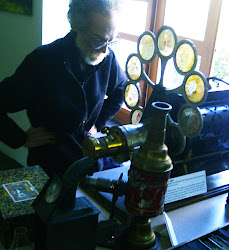 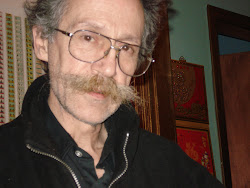 Actors' Workshop and the Firehall Arts Centre pay tribute to Michael Lawlor, who was contributing artist in residence from 1977-1981.